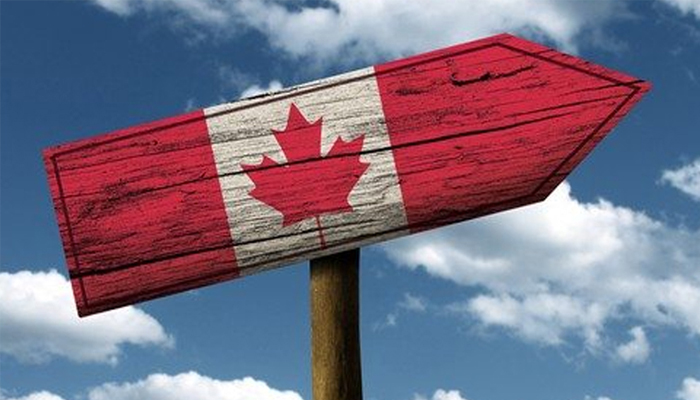 Canada immigration has never before been easy without the introduction of the express entry system. With the introduction of the online point-based system migrating to Canada from India has been an easy feat in the last 5 years. Skilled individuals who are keenly interested in looking for profitable career verticals may opt to apply under one of the federal economic immigration programs. These are namely federal skilled worker program (Canada express entry), federal skilled trades, and Canada experience class.

Launched in 2015, Canada express entry system has been unstoppable at managing skilled immigrant applications for Canada PR. It is an online system that was designed with the perspective of easing the application load of the previous paper-based immigration system. Here prospective applicants are ranked against one another based on certain eligibility criteria which make it a competitive immigration system for Canada’s future immigration systems.

Canada being an immigrant-friendly nation with one of the fastest-growing economies in the world is open to immigration via the express entry program.

What do you mean by the express entry system?

Express entry has been deemed a fast-track immigration option for attaining Canada PR in the minimum time possible. This online system was introduced to replace the previously adored slow paper-based federal skilled program and has ever since proved to be fruitful in attaining the coveted permanent residency status in Canada. Through this process, a prospective applicant is ranked in the job pool based on the point’s grid of selection factors, such as age, educational qualification, language ability, work experience, and financial status to sustain their living in Canada.

Benefits of Applying Under the Canada Express Entry System?

With easier access to PR, Canada express entry is the safest immigration pathway to migrate to Canada from India. Being a country that is craved for its natural beauty and resources, Canada offers a quality of life that is unmatched around the globe. Here’s why the express entry system is the preferred pathway for foreign nationals worldwide –

→ Abundant options for employment in the Job Bank.

→ High quality of living in one of the fastest-growing economies in the world.

• The first step towards having entry into the express entry system is to fill out a system-generated form detailing credentials associated with the selection factors i.e. age, nationality, education, language, work experience, family members, etc.

• Be ready with all your documents like WES-certified education and language ability tests to ensure your eligibility for Canada PR.

• Once your application is lodged in the express entry pool you’ll receive an express entry profile number and job seeker validation code, using which you can create your resume in the Canada job bank.

• After completion of your profile and resume in the job bank, you’ll be graded along with other prospective applicants in the express entry pool based on the information provided by you.

• The highest scoring applicant or the applicant scoring equivalent cut-off points will receive an invitation to apply for permanent residence. Upon receiving the ITA you have 90 days deadline to submit your application along with any pending documents

Who is Eligible to Apply for Canada Express Entry?

A minimum of 67 points is needed for you to be eligible for Canada express entry process. The points are bifurcated based on the selection criteria/factor of age, education, language proficiency, experience, Canadian job experience/offers, adaptability (points based on your will to settle in Canada). Out of 100 points, whoever scores more or equivalent points to 67 earns their right to apply for Canada PR. through express entry.

With IRCC letting out invites every 2 weeks for qualifying applicants through its weekly draws, it is better to have clarity of how well you stand in the Canada job bank. This can be determined if you have the idea of scoring optimum points in points-grid of selection factor and who can guide you better than our team of dedicated staffs. You can check how many points you’ve ascertained and get your scores tallied on our system-generated Canada PR point’s calculator.

As one of the recognized leading Canada immigration consultants, we provide unparalleled consultancy support to professionals from all walks of life. Our expertise with the owner-operator pathway has helped budding entrepreneurs to realize their Canadian dream. We’re uniquely positioned in the industry with our presence in Canada, to assist you firmly and advise you correctly on several Canadian immigration programs.

Through our established network of licensed professionals, we help to materialize your dream immigration to Canada from India, through our ability to locate suitable businesses for sale in Canada. You can undoubtedly rely on our 25 years of combined industry experience recognized by the Canadian legal community to complete your immigration requirements.

For more information and immigration updates on Canada immigration programs, you can write to us at enquiry@iitm.ca or call us on +(91) 783 838 0097 We at I.I.T.M are dedicated to responding to all of your immigration-related queries.