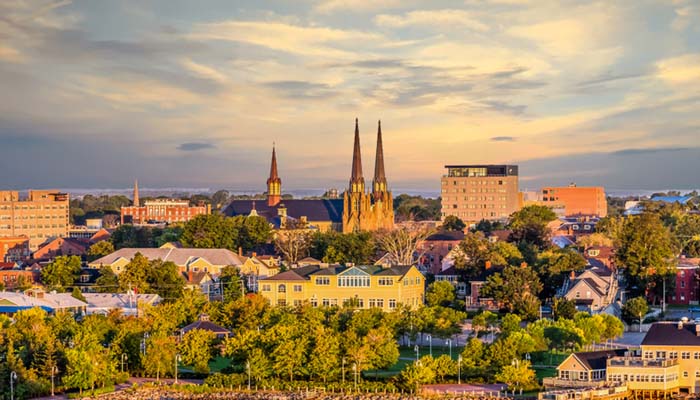 Do you believe in fairy tales? Well if you don’t, then you must pay a visit to Prince Edward Island (PEI) on the Atlantic coast of Canada. Prince Edward Island Immigration now inducting qualified foreign nationals, you can experience its awe-inspiring farmhouses, open fields, creeks, and dunes. Like we said before it is a destination taken out of children’s storybook, or the ancient folklore, as the province basks in the countryside beauty of Canada. Glorified for its friendly environment, serene landscape, world-class educational facilities, and excellent healthcare systems with promising opportunities for a great career, PEI invites applications from prominent candidates who can express the zeal to settle in PEI.

So, do you have what it takes to be in Prince Edward Island, let’s put your mettle to the test? Come join us for a one-on-one session to know if you qualify for any of Canada PNP Programs.

Under the many Canada PNP Programs, PEI finds its rightful place as the province with the most promising immigration pathways.

The Prince Edward Island Provincial Nominee Program (PEI PNP) is a fast-track immigration gateway to Canada PR for potential applicants and their dependant family members who can meet the provincial criteria. The targeted applicant may receive a provincial nomination certificate from PEI which further grants him the opportunity to apply for Canadian permanent residence. So, come and explore the Prince Edward Island Immigration options to make your once-in-a-lifetime dream come true.

The NBPNP (New Brunswick Provincial Nominee Program) is made possible through the agreement between the federal and provincial government has paved way for the economic flourishment of the province by picking a qualified foreign workforce. The province nominates these individuals on the thought that would contribute to its economy through full-time on-going employment. Additionally, if you find that your occupation is in-demand then you have a higher chance for Canada immigration under one of the following NBPNP Categories:

• PEI PNP Express Entry: Express Entry is the most prominent and ethical way to migrate to Canada. Being point-tested the immigration program in collaboration with Canada PNP Programs gives access to one of the easiest and simple ways of acquiring a Canada PR.

• Labour Impact Category: Under this category, PEI accepts applications from an individual whose skill and experience resonate with the province’s labor market. The category is further divided into three streams:

• The Atlantic Immigration Pilot Program: Being considered as one of the 4 Atlantic provinces, PEI enjoys the liberty of nominating foreign nationals whose job skills are not locally available. This is an employer-driven Canada immigration program and the nominated candidate must have a valid job offer from a qualified designated employer of the province.

What are the eligibility criteria for PEI PNP?

To receive a nomination certificate under the PEI PNP Express Entry category, you must be eligible on the following grounds:

• Qualify in at least one of the below Federal Economic Immigration programs with a minimum of 67 points based on the selection factors:

• Have an Express Entry Profile created and be placed in the pool based on your scores in the Comprehensive Ranking System.

There are two pathways to choose based on whether you have a valid employment offer in hand or not through PEI Express Entry Category, but priority will be given to candidates currently residing and working temporarily in PEI.

International graduates from designated educational institutions in Canada can further apply for a Post Graduate Work Permit upon completion of studies. However, to be considered for nomination under Express Entry, you must have at least nine months of work experience with a designated PEI employer i.e. only if you:

• Have graduated from an institution outside of PEI while holding a Post Graduate Work Permit (PGWP); or

Why I.I.T.M is the best immigration consultant in Delhi for Canada PNP Programs?

As one of the recognized leading Canada immigration consultants, we provide unparalleled consultancy support to professionals from all walks of life. Our expertise with the owner-operator pathway has helped budding entrepreneurs to realize their Canadian dream. We’re uniquely positioned in the industry with our presence in Canada, to assist you firmly and advise you correctly on several Canadian immigration programs.

Through our established network of licensed professionals, we help to materialize your dream immigration to Canada from India, through our ability to locate suitable businesses for sale in Canada. You can undoubtedly rely on our 25 years of combined industry experience recognized by the Canadian legal community to complete your immigration requirements.

For more information and immigration updates on Canada immigration programs, you can write to us at enquiry@iitm.ca or call us on +(91) 783 838 0097 We at I.I.T.M are dedicated to responding to all of your immigration-related queries.

How to return to Canada after being asked to leave

How to return to Canada after being asked to leave

What happens after you apply to sponsor your spouse for Canadian immigration?