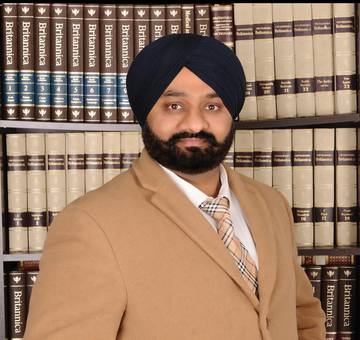 Parvinder “Micky” Singh’s success story starts where most professionals begin: a young entrepreneur who set out to venture the world with a big idea and all guns blazing attitude to shape his ambition into the empire it is today. Then a force of sales to be reckoned with, and now Founder | Director of IITM Immigration Ltd, Canada, has seen him provide countless Indian faces with happiness sealed in a ticket to living their lives in the maple leaf country. Under his guidance, IITM today is on a roll as an inspiring industry consolidating global immigration binge.

He spent his childhood in the multicultural democratic country – India, and received his scholastics from Guru Harkrishan Singh Public School, New Delhi. His career commenced at the age of 19 where most of the youth in the country found it hard to have an aim for them in life. With a Computer diploma in hand he aced his first job at M/s Chawla construction as a Marketing Supervisor where he stayed for half a decade managing tender processing and marketing collaterals. Later joining GM Exports as a globetrotting Sales Manager covering marketing initiatives and raising sales figures in Southeast Asia, Japan, Europe, Bulgaria, and North America.

Having explored most of the European continent, his next career venture found him as a District Sales Manager at SSE, UK, where he reached the peak as an astute professional in the company’s long running history as UK’s only professional to have topped the sales chart in all four verticals of SSE’s revenue generation stream, consecutively for 3 months in 2010.

He spun into action with his own business under the pen name Gurmehar Constructions back in India where the Indian government recognized his efforts as the Best Contractor in B&R Business in all of Delhi. His sole proprietorship was accredited by The Indian Agricultural Research Institute (IARI) for having state of the art research facilities for glasshouses, organic farming, rehabilitation, and mushroom farming. Having received numerous accolades from the Indian Government, Micky now saw his dream originate in Canada.

Not long after he moved with his family to Canada, he finally made a name for himself in the Canadian cosmos selling iconic automobiles from Honda, Nissan, and Ford. Soon, he graduated from Ashton College, Abbotsford, BC, Canada.

From 20 years of age to date, he has productively worked with almost all kinds of clients nationally and transnationally and is still ever so exuberant in counseling prospects even as he continues to gain widespread respect for his customized approach. Today, he stands toe-to-toe with industry veteran as a dynamic Leader and Founder | Director of IITM & Worldwin Recruiters Ltd and a Strategic Partner of CIVS –India & UAE region. He has raised thousands of prospective Immigrants who now share the ideology of being contributing citizens’ and permanent residents’ to Canada’s economic life.

He’s a self-made leader with unprecedented strengths in: